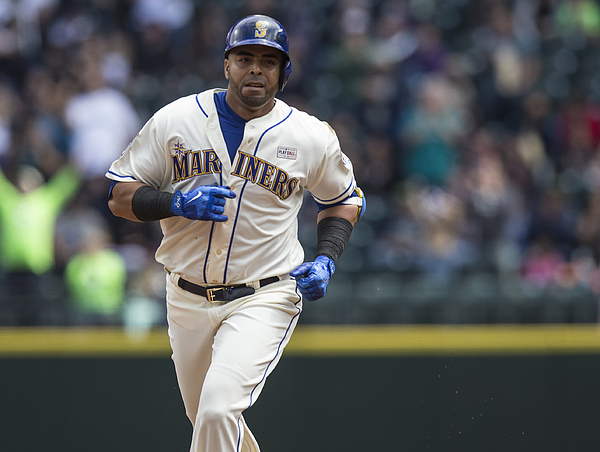 SEATTLE, WA - JUNE 4: Nelson Cruz #23 of the Seattle Mariners rounds the bases after hitting a home run during a game against the Tampa Bay Rays at Safeco Field on June 4, 2017 in Seattle, Washington. The Mariners won the game 7-1. (Photo by Stephen Brashear/Getty Images)