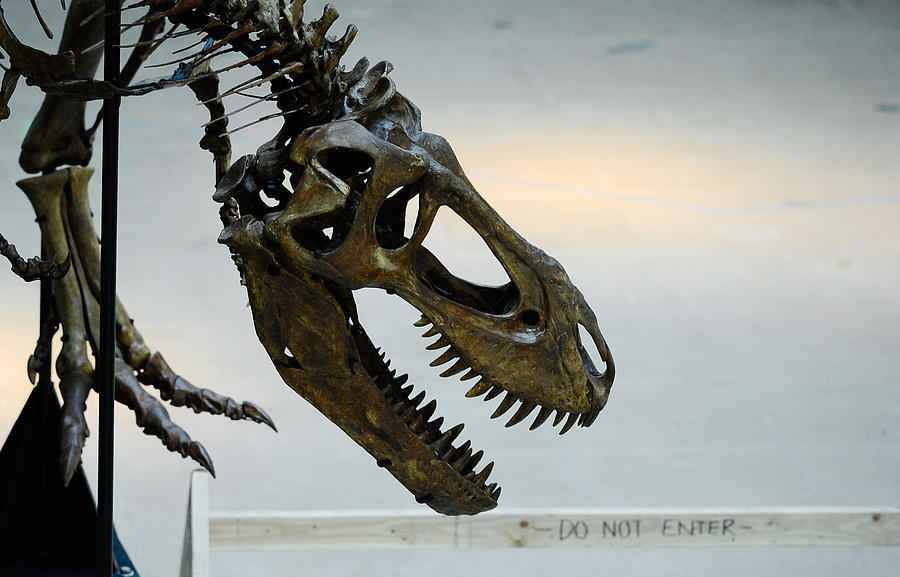 LOS ANGELES, CA - FEBRUARY 01: The skull of an juvenile Tyrannosaurus rex is part of an exhibit, featuring three specimens of T-Rex in varying ages, at the Natural History Museum of Los Angeles County are seen on February 1, 2011 in Los Angeles, California. Featured are fossils of a 30-foot-long young adult, a 20-foot-long juvenile and an 11-foot-long baby. The T-Rex trio will be the centerpiece of a new, expanded Dinosaur Hall, twice the size of the museums old dinosaur galleries which opens to the public in July, 2011. (Photo by Kevork Djansezian/Getty Images)