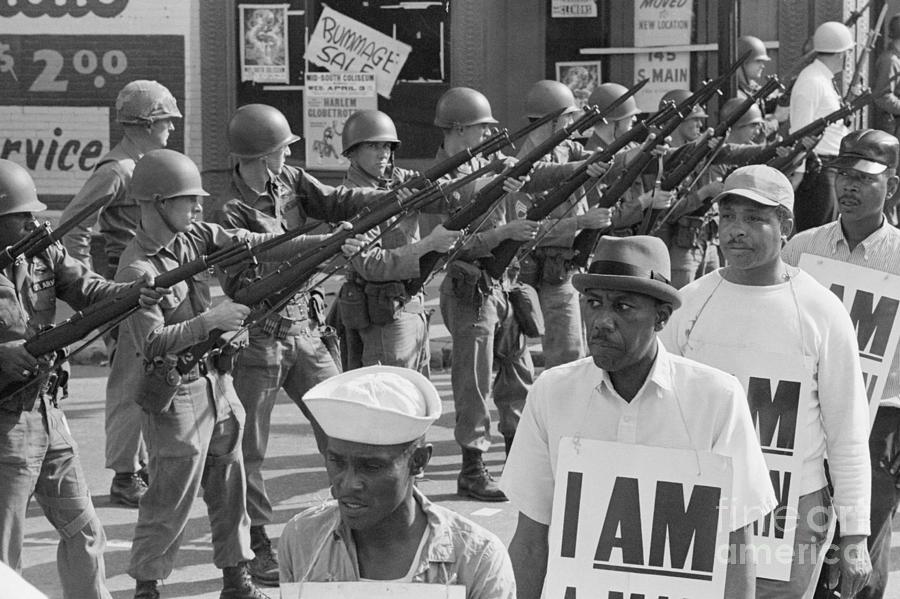 National Guard troops stand with bayonets fixed as African-American sanitation workers peacefully march by while wearing placards reading "I AM A MAN." The nonviolent march contrasted with a similar demonstration the day before, when there was a racial outburst and a black teenager was slain by police. Rev. Martin Luther King, Jr., who had left town after the first march, would soon return and be assassinated.