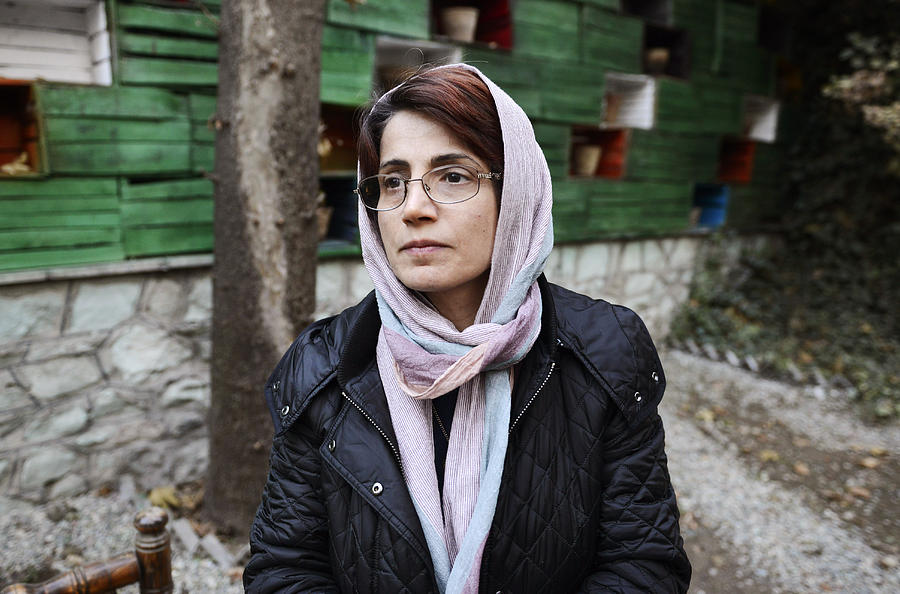 TEHRAN, IRAN - DECEMBER 9, 2014: Human rights lawyer Nasrin Sotoudeh photographed in the garden of her office on December 9, 2014 in Tehran, Iran. Nasrin Sotoudeh is a human rights lawyer who has represented imprisoned Iranian opposition activists and politicians following the disputed June 2009 Iranian presidential elections as well as prisoners sentenced to death for crimes committed when they were minors. Sotoudeh was arrested in September 2010 on charges of spreading propaganda and conspiring to harm state security and was imprisoned in solitary confinement in Evin Prison. In January 2011, Iranian authorities sentenced Sotoudeh to 11 years in prison, in addition to barring her from practicing law and from leaving the country for 20 years. An appeals court later reduced Sotoudeh's prison sentence to six years, and her ban from working as a lawyer to ten years. On 26 October 2012, Sotoudeh was announced as a co-winner of the Sakharov Prize of the European Parliament. She shared the award with Iranian film director Jafar Panahi. Sotoudeh was released on 18 September 2013 along with ten other political prisoners, including opposition leader Mohsen Aminzadeh, days before an address by Iranian President Hassan Rouhani to the United Nations. No explanation was given for her early release. (Photo by Kaveh Kazemi/Getty Images)