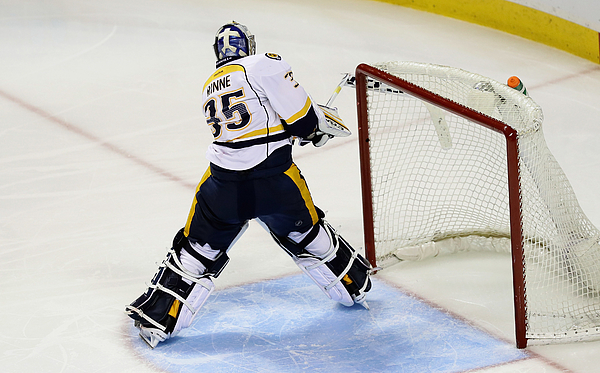 SAN JOSE, CA - MAY 12: Pekka Rinne #35 of the Nashville Predators breaks his stick against the goal after he gave up his fifth goal to the San Jose Sharks in Game Seven of the Western Conference Second Round during the 2016 NHL Stanley Cup Playoffs at SAP Center on May 12, 2016 in San Jose, California. (Photo by Ezra Shaw/Getty Images)