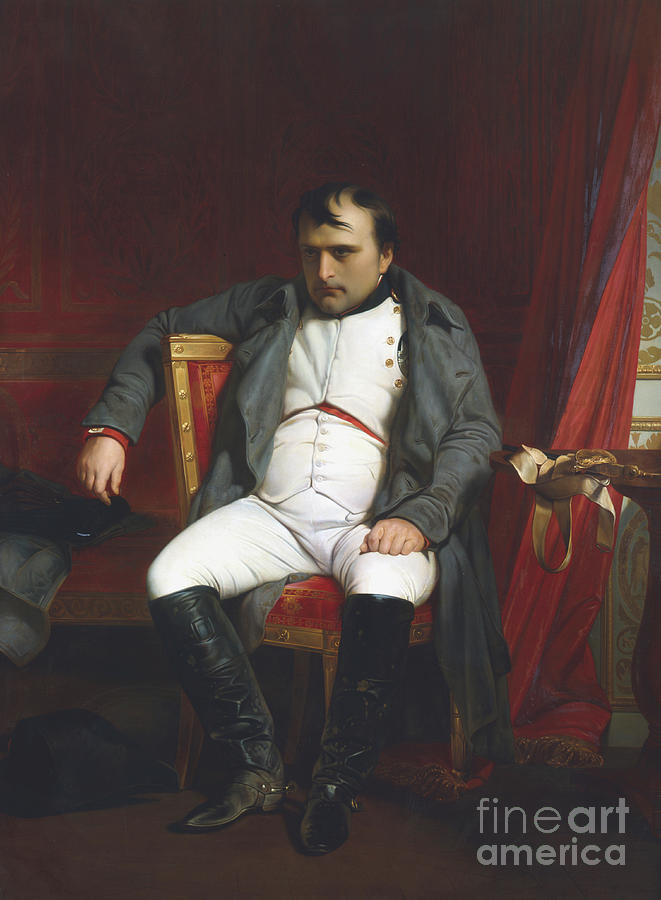 'Napoleon at Fontainebleau During the First Abdication - 31 March 1814', (1845). The invasion of France by the Allies culminated in Napoleon's abdication of 11 April. By the Treaty of Fontainebleau he was exiled and granted sovereignty of the island of Elba. From the Musee de l'Armee, Paris. (Photo by Art Media/Print Collector/Getty Images)