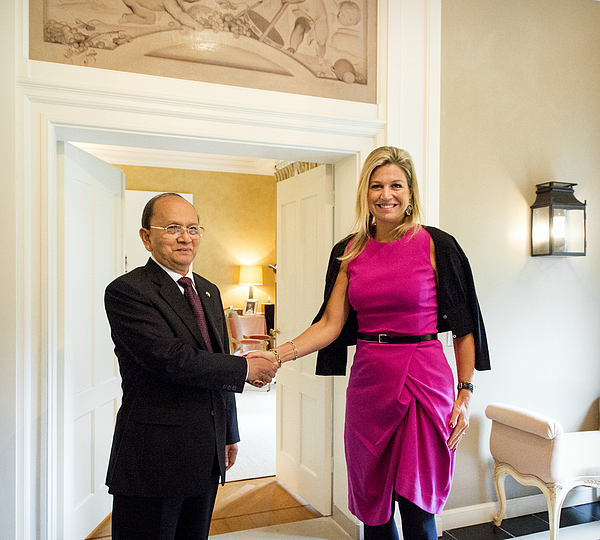 WASSENAAR, NETHERLANDS - SEPTEMBER 9: President Thein Sein of Myanmar is received by Queen Maxima of the Netherlands at her home ,The Eikenhorst, during his two-day visit on September 9, 2014 in Wassenaar, The Netherlands. The visit aims to strenghten bilateral ties and the promotion of cooperation between the two countries. (Photo by Netherlands Royal Pool/Getty Images)