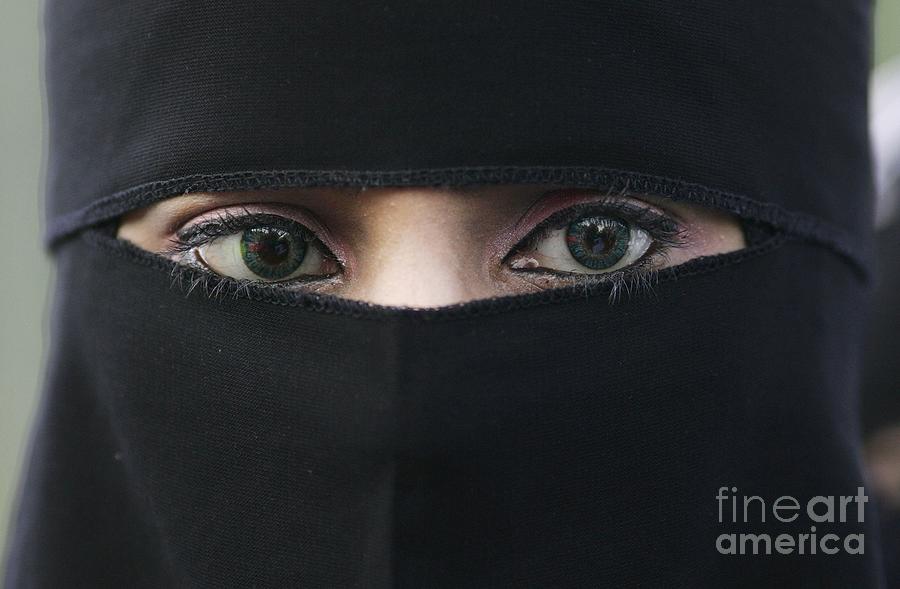 BLACKBURN, UNITED KINGDOM - OCTOBER 14: A Muslim woman wearing a niqab veil protests outside Bangor Street Community centre where Leader of the House of Commons Jack Straw is holding one of his weekend surgery appointments where he faced a protest by around 50 Muslim protesters on October 14, 2006, Blackburn, England. Jack Straw made comments last week regarding his view that veils such as the Burqa and Niqab split communities. (Photo by Christopher Furlong/Getty Images)