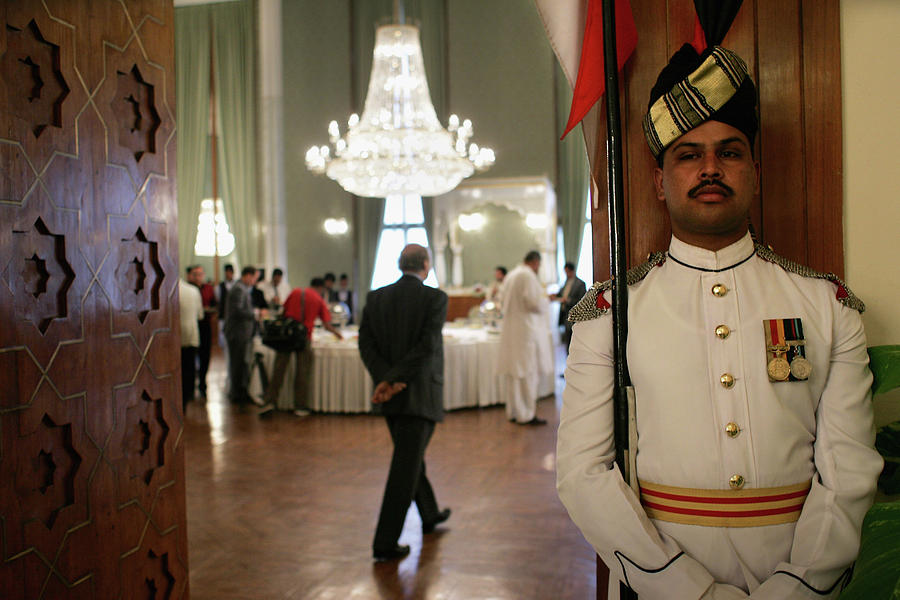 ISLAMABAD, PAKISTAN - NOVEMBER 11: An honor guard stands inside the President House following Pakistani President Pervez Musharraf's press conference November 11, 2007 in Islamabad, Pakistan. During his first press conference since imposing emergency rule a week before, Musharraf said that he would hold elections early next year and that he would quit the army and be sworn in as a civilian president once the Supreme Court struck down challenges against his October 6 re-election. In background is a portrait of Pakistan's founding father Mohammad Ali Jinnah. (Photo by John Moore/Getty Images)