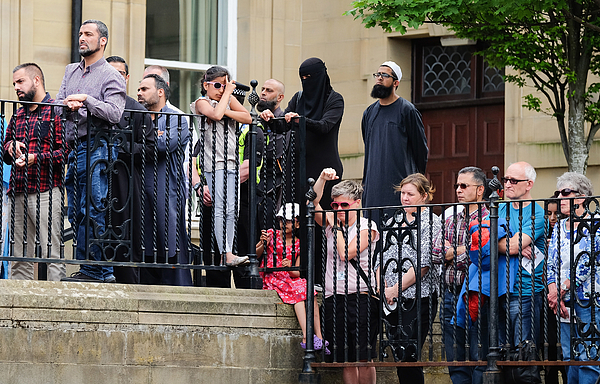 BATLEY, UNITED KINGDOM - JUNE 22: Hundreds of people from the local community come together for a public event to celebrate the life and 42nd birthday of Labour MP Jo Cox in Batley market place on June 22, 2016 in Batley, United Kingdom. On what would have been her 42nd birthday, Labour MP Jo Cox is remembered worldwide in a series of #moreincommon events today. The Labour MP for Batley and Spen was shot and stabbed in the street on June 16 and later died. A fund set up in her name has raised over Â£1.23 M GBP to date. (Photo by Ian Forsyth/Getty Images)