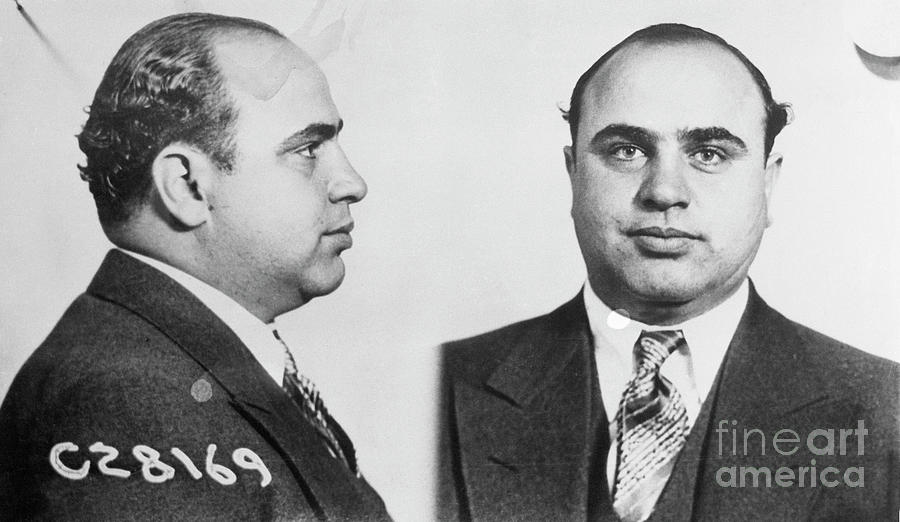 (Original Caption) January 25, 1947 - Chicago: These photos of Al Capone were made by the Bureau of identification of the Chicago police department, immediately after his arrest in 1931. He received a six month jail sentence in the Cook County jail when found guilty of contempt in Chicago federal court. He immediately filed motion to appeal.