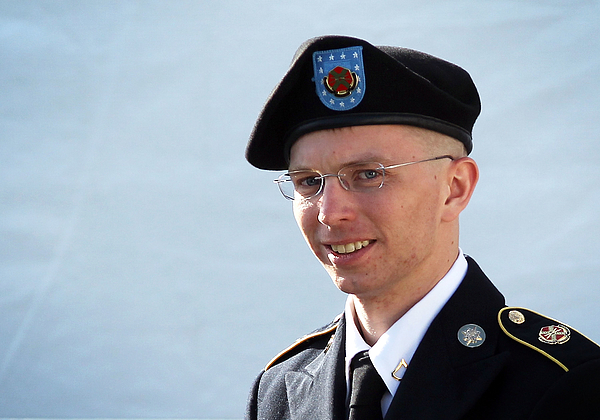 FORT MEADE, MD - JUNE 06: U.S. Army Private Bradley Manning is escorted as he leaves a military court at the end of the first of a three-day motion hearing June 6, 2012 in Fort Meade, Maryland. Manning, an Army intelligence analyst who has been accused of passing thousands of diplomatic cables and intelligence reports to the whistleblowing website WikiLeaks and facing 22 charges including aiding the enemy, returned to the court room to ask for dismissal of 10 of the charges. (Photo by Alex Wong/Getty Images)