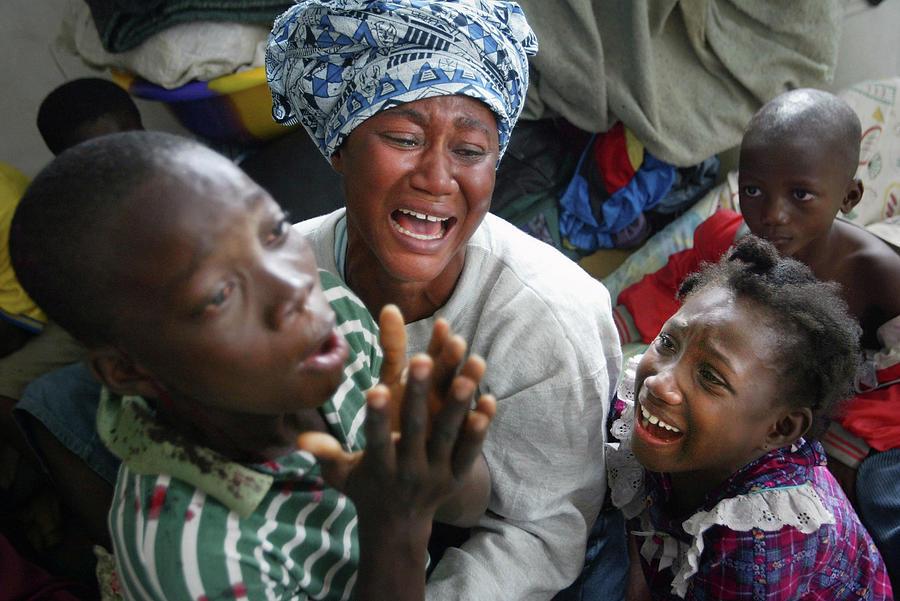 MONROVIA, LIBERIA - JULY 21: Relatives of refugees who had been killed minutes before by mortar shells grieve while they huddle in their makeshift refugee camp July 21, 2003 in at a small school in Monrovia, Liberia. Fighting in the Liberian capital intensified on July 21 as some 60 people were killed when mortars, believed to be fired by rebel troops, pounded the city. (Photo by Chris Hondros/Getty Images)