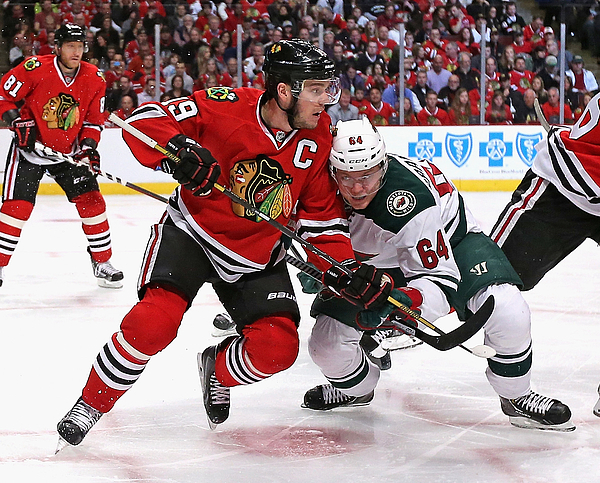 CHICAGO, IL - MAY 04: Jonathan Toews #19 of the Chicago Blackhawks battles with Mikael Granlund #64 of the Minnesota Wild during a face-off in Game Two of the Second Round of the 2014 NHL Stanley Cup Playoffs at the United Center on May 4, 2014 in Chicago, Illinois. The Blackhawks defeated the Wild 4-1. (Photo by Jonathan Daniel/Getty Images)