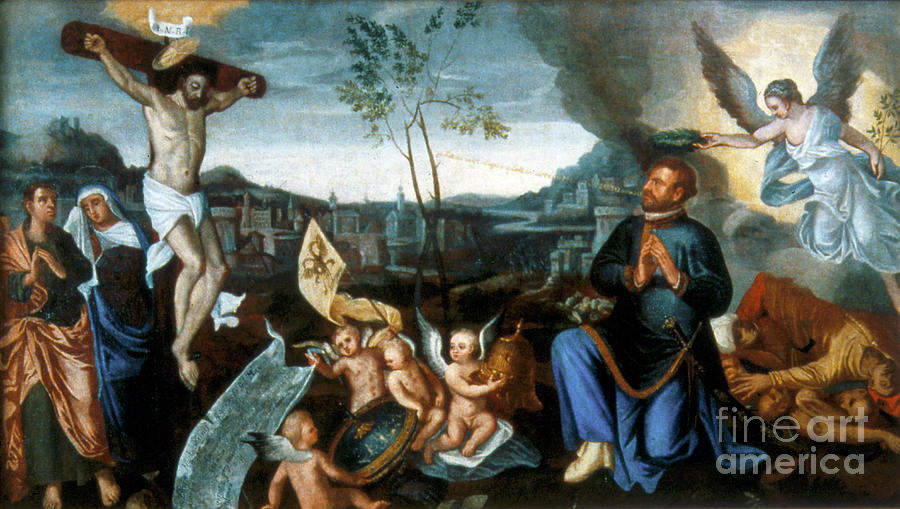 Miklos Zrinyi, heroic Croatian/Hungarian general, late 16th century. Miklos Zrinyi (Nicolas Zrinski) (1518-1566) was besieged in Szigeth by Suleyman the Magnificent and his army of 65,000 men. With 3000 men under his command he resisted the Turks for a month. When the city was taken he fell fighting. Allegorical picture of Zrinyi as a soldier of Christ crowned with laurel by an angel as he prays to Christ on the cross. From the National Museum, Budapest. (Photo by Art Media/Print Collector/Getty Images)