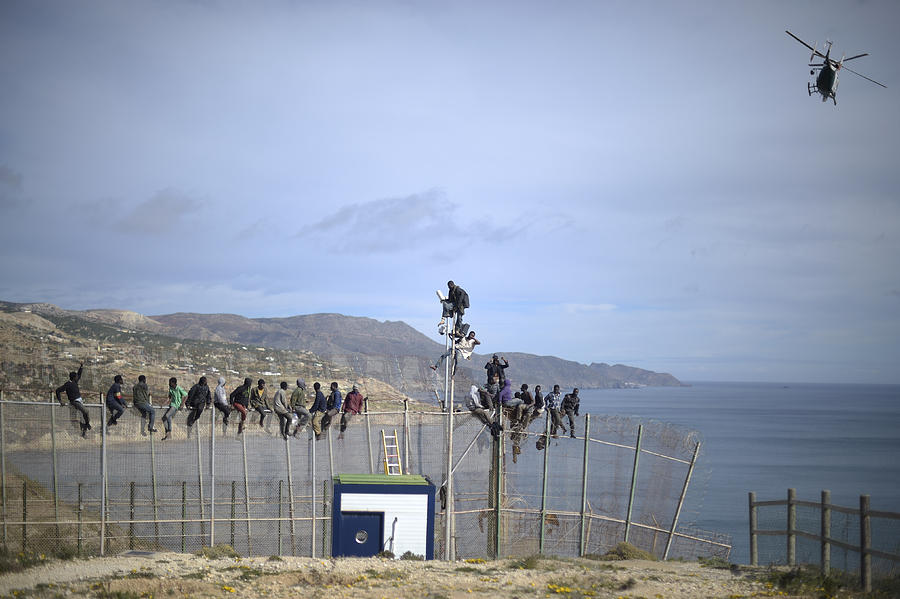 MELILLA, SPAIN - APRIL 03: African migrants attempt to scale the fence at the border between Morocco and the North African Spanish enclave of Melilla, on April 3, 2014, in Melilla, Spain. Roughly 70 sub-Saharan migrants tried climb the fence into Melilla this morning, one had to be treated by paramedics. Melilla is a Spanish city and an exclave on the north coast of Africa sharing a border with Morocco. Almost one week ago Some 800 sub- Saharan people made several attempts to reach Spain and according to official sources, ten of them managed to enter Spanish territory. (Photo by Alexander Koerner/Getty Images)