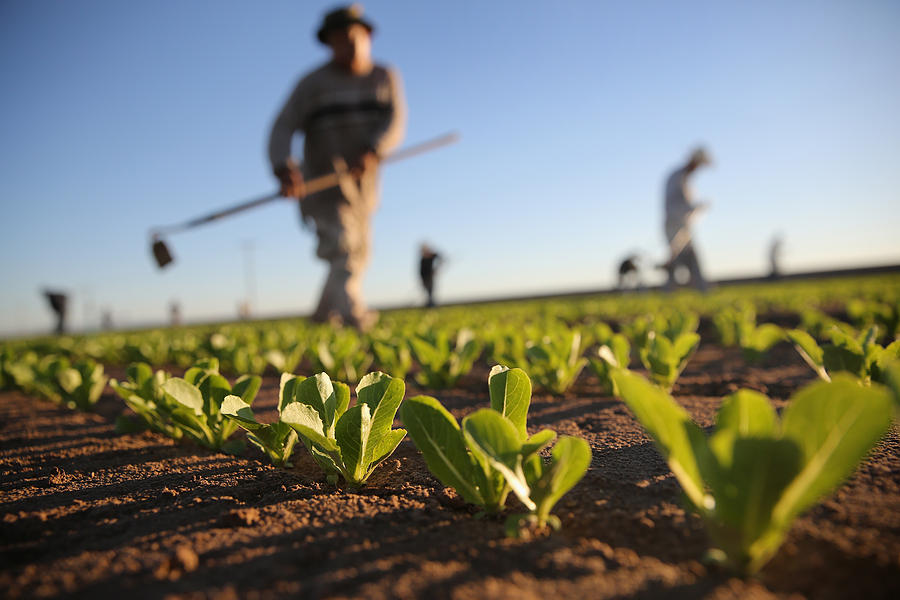 HOLTVILLE, CA - OCTOBER 08: Mexican agricultural workers cultivate romaine lettuce on a farm on October 8, 2013 in Holtville, California. Thousands of Mexican workers cross the border legally each night from Mexicali, Mexico into Calexico, CA, where they pick up work as agricultural day laborers in California's fertile Imperial Valley. Although the Imperial Valley, irrigated from water diverted from the Colorado River, is one of the most productive agricultural areas in the United States, it has one of the highest unemployment rates in California, at more than 25 percent. Mexican farm workers commute each day from Mexicali to work in the fields for about $9 an hour, which many local U.S. residents shun as too low pay. (Photo by John Moore/Getty Images)