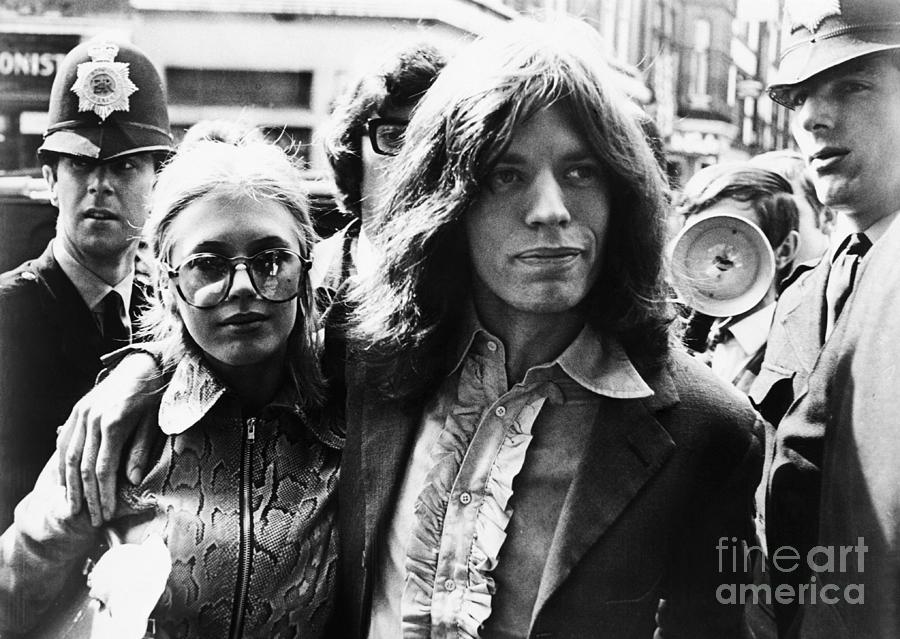 (Original Caption) LONDON-5/29/69-: Mick Jagger of the Rolling Stones and girlfriend, singer Marianne Fiathfull, arrive at Magistrate's Court early May 29 to face charges of possessing marijuana. The couple, arrested during a police raid on Jagger's apartment May 28, was released an $120 bond.