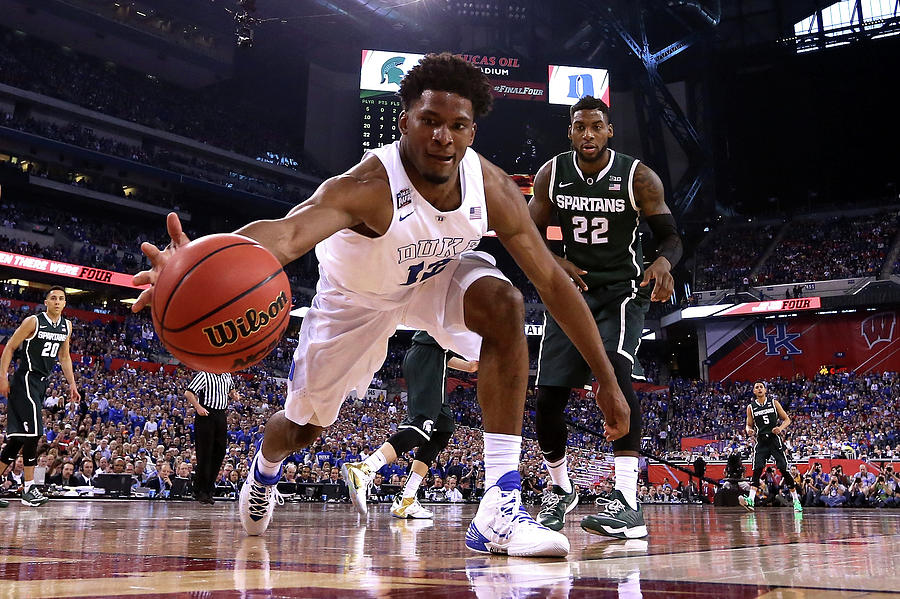 INDIANAPOLIS, IN - APRIL 04: Justise Winslow #12 of the Duke Blue Devils goes for a loose ball against Branden Dawson #22 of the Michigan State Spartans in the second half during the NCAA Men's Final Four Semifinal at Lucas Oil Stadium on April 4, 2015 in Indianapolis, Indiana. (Photo by Streeter Lecka/Getty Images)