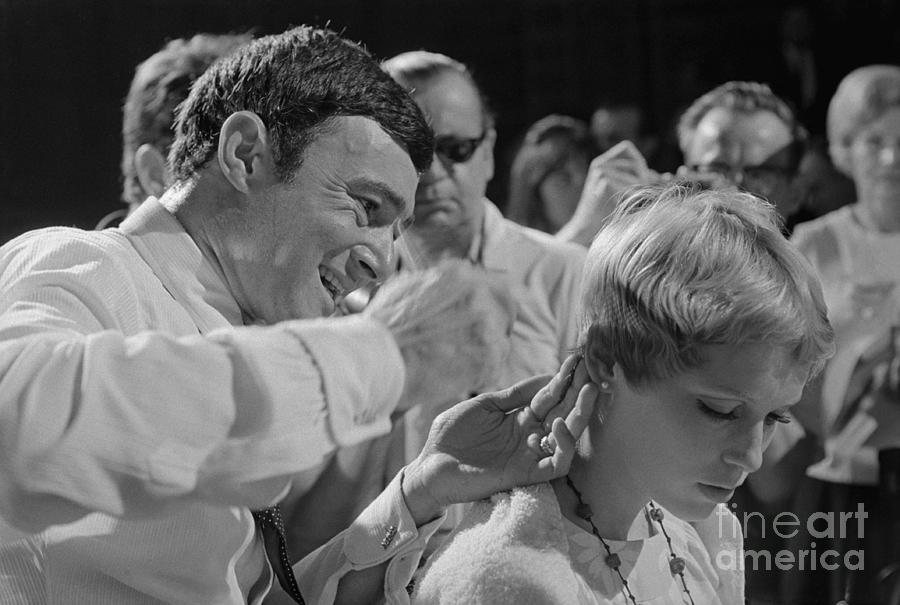 (Original Caption) Vidal Sasson, the world's most noted coiffeur, cuts actress Mia Farrow's hair to a one inch length similar to one which she gave herself a couple of years ago. This haircut, given for professional reasons by Sassoon, who flew into Hollywood from his London salon, helps prepare Miss Farrow for her role in Paramount's Rosemary's Baby. Sassoon's hair styling is a key story point in the movie.