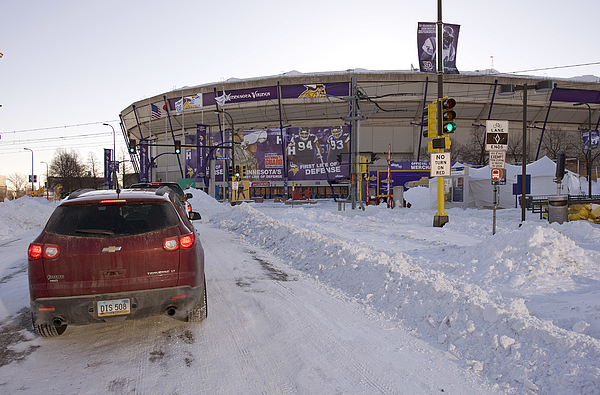 MINNEAPOLIS, MN - DECEMBER 12: Cars pass the Hubert H. Humphrey Metrodome, Mall of America Stadium where the inflatable roof collapsed under the weight of snow during a storm Sunday morning December 12, 2010 in Minneapolis, Minnesota. A blizzard dumped more than 20 inches of snow in parts of the Midwest forcing the NFL football game between the New York Giants and the Minnesota Vikings to be postponed till Monday and will be played in Detroit's Ford Field. There were no injuries reported from the collapse of the dome. (Photo by Tom Dahlin/Getty Images)