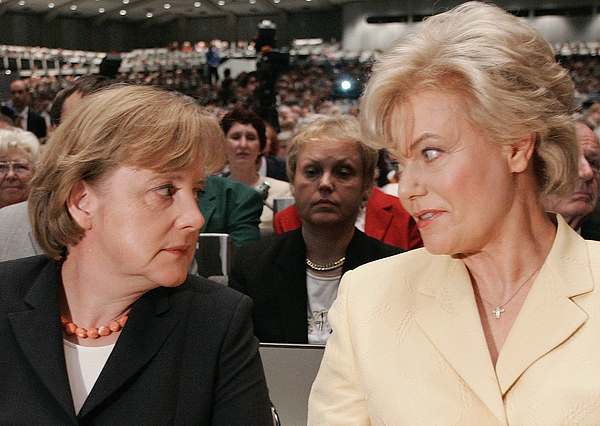 BERLIN - AUGUST 6: Angela Merkel (L), head of the opposition Christian Democrats, the CDU and Erika Steinbach (R), president of the German Federal Association of Expellees (BdV) and member of the German lower house of parliament Bundestag for the opposition Christian Democratic Union (CDU), attend an annual meeting of the BdV August 6, 2005 at the Congresscenter in Berlin, Germany. The meeting happens on the "Day of the Home Country".(Photo by Carsten Koall/Getty Images