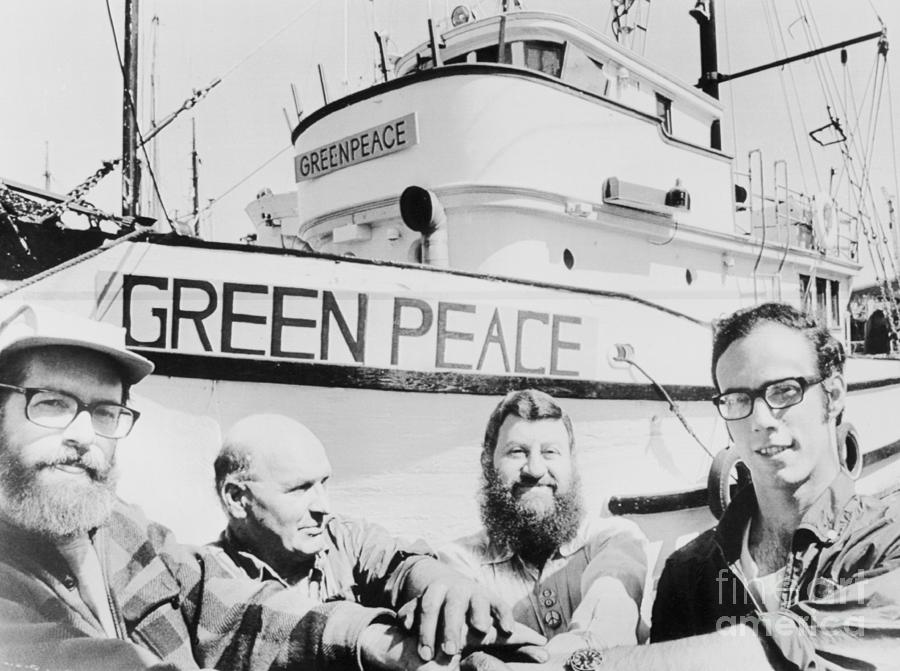 Jim Bohlen, co-coordinator for Don't Make a Wave Committee (l), with Greenpeace skipper John Cormack, and Irving Stowe and Paul Cote of the British Columbia branch of the Sierra Club (l-r) at a Vancouver harbor prior to setting sail for Amchitka Island where the US is scheduled to set off an underground nuclear blast. The nuclear test, which will take place in October, will be 250 times more powerful than the one that leveled Hiroshima. The rusting Greenpeace fishing vessel, formerly the Phyllis Cormack, will carry about 20 scientists who could face exposure to radiation and shock waves when it tries to sail within five miles of the blast site.