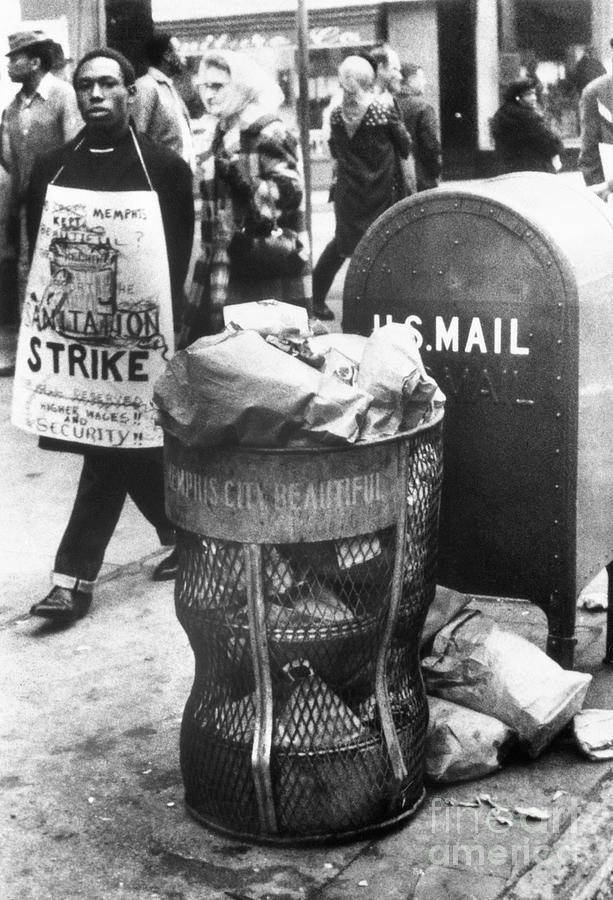 A litter basket filled to overflowing, received a glance from one of about 200 African Americans who marched in downtown Memphis, protesting the city's refusal to bargain with a union for city sanitation workers who have been on strike since.
The situation was prevented from becoming worse as non-striking workers and new employees operated a fraction of the city's garbage collection fleet. (Photo by Bettmann Archive/Getty Images)