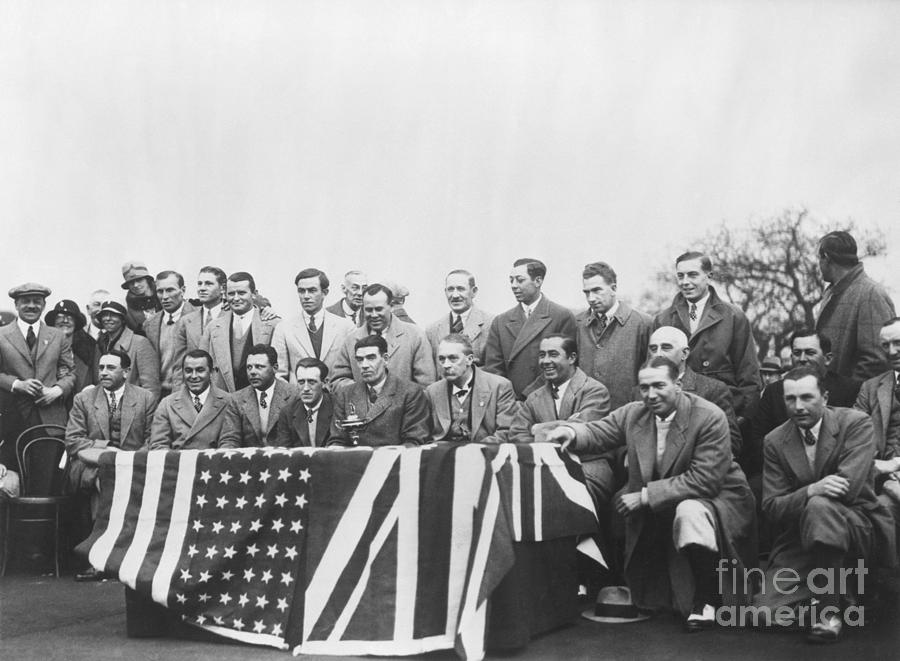 (Original Caption) 5/7/1929-Moortown Leeds, England- Group of the members of the American and British Ryder Cup teams as they appeard at the end of the tournament won by Great Britain who beat the Amercian team by six games to four. In center of group seated is George Duncan Captain of British team with the Ryder Cup presented him after the victory.