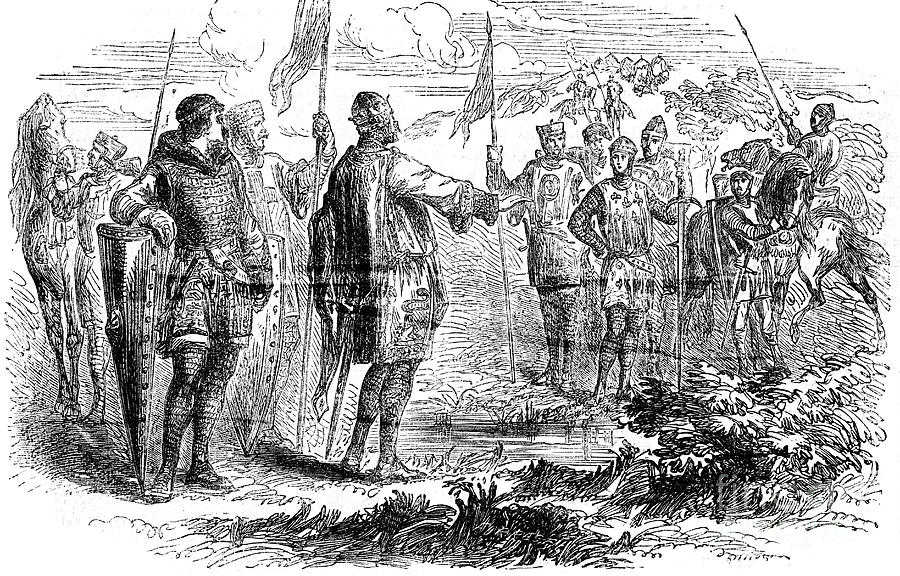 Meeting Of Stephen And Prince Henry

Meeting Of Stephen And Prince Henry

Meeting of Stephen and Prince Henry at Wallingford, Oxfordshire, 1153. The middle of the 12th century in England was dominated by a civil war between the rival claimants to the throne, Matilda, the daughter of the prevoius King, Henry I, and Stephen, his nephew. In general, apart from a brief period in 1141 Stephen held the upper hand in the conflict and the throne. In 1153, Matilda's son, Henry of Anjou, invaded. After a standoff between Henry's and Stephen's armies at Wallingford, a compromise was reached whereby Henry would succeed Stephen as king after his death, Stephen's son and heir, Eustace, having already died. He was duly crowned Henry II, the first of the Angevin kings of England, in 1154. (Photo by The Print Collector/Print Collector/Getty Images)