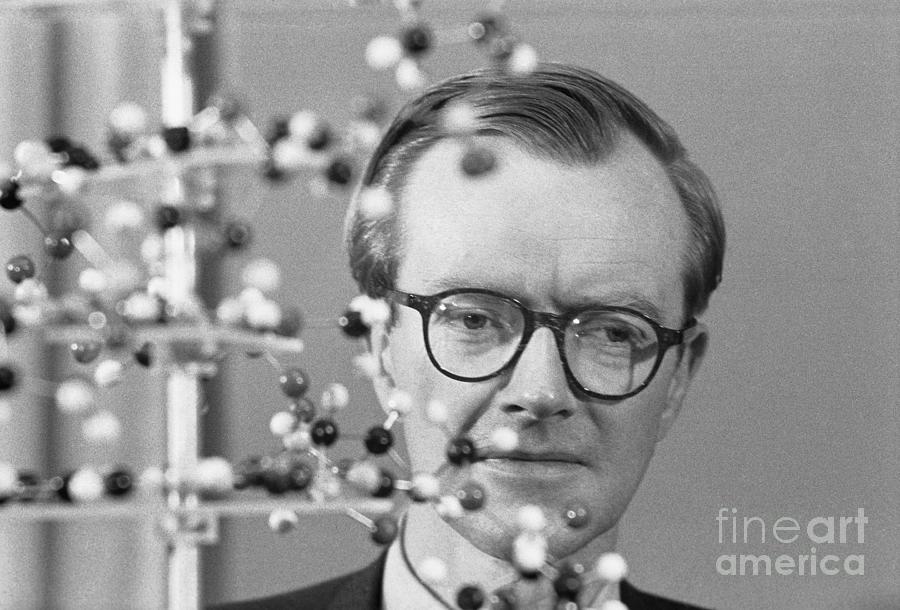 (Original Caption) New York: Of Men And Molecules. Standing by the three-dimensional model of a molecule, Dr. Maurice Hugh Frederick Wilkins was seen during a press conference held at the Sloan Kettering Institute in New York. The 46-year-old scientist received the Nobel prize in Medicine along with two other colleagues in the field, Dr. Francis Harry Compton Crick of England and Dr. James Dewey Watson of the U.S. The three men discovered the shape of the chemical molecule that carries hereditary information from one generation of living things to another. Dr. Wilkins began making x-ray diffraction studies of the chemical known as deoxyribonucleic acid or DNA for short. He began in the 1950s, where he wanted to learn about the mysteries of the chemical, which, in pure form and in great quantities, resembles twisted white gratings of dried fish.