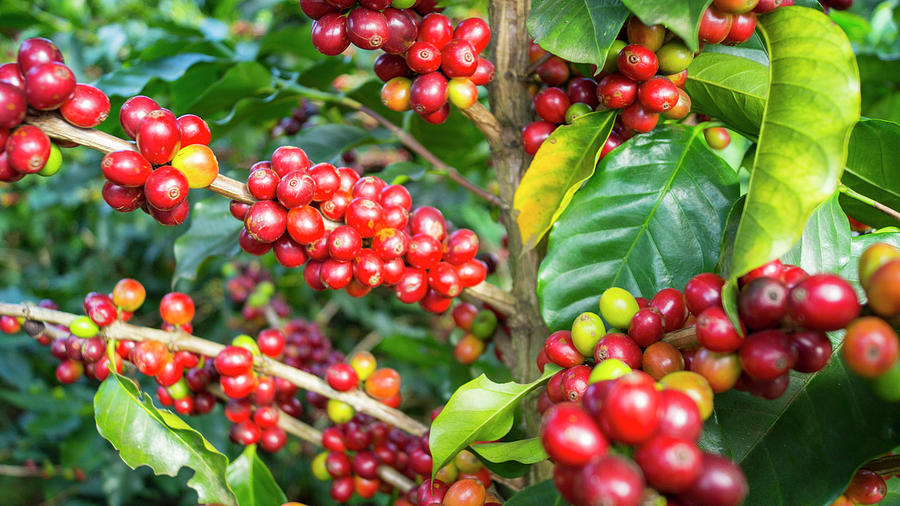 Close up to Arabica Coffee Fruits in branches, ready to be harvesting. Costa Rica.
Known as Costa Rica’s “Grano de Oro” (Grain of Gold), coffee has supported the local economy since the 1850’s. The coffee been is so cherished by the national government that Costa Rica is the only country to issue a ban on the production of any coffee other than Arabica. The Arabica coffee plant was first grown in Costa Rica’s Central Valley, where ideal growing conditions – including fertile soil, high altitude, and a cool climate – contributed to its success. Arabica bean coffee is celebrated for its high level of antioxidants as well as other noted health benefits.
Nowadays, Costa Rican coffee is prized as some of the world’s best and is shipped everywhere from Austin to Amsterdam. Costa Rica is the 13th-largest producer of coffee in the world, churning out around 1.5 million bags every year. 90 percent of the coffee is exported, with the revenue accounting for around 11 percent of Costa Rica’s export earnings. Small farmers play a large role in this production—nearly 90 percent of all producers cultivate less than 12 acres (5 ha).