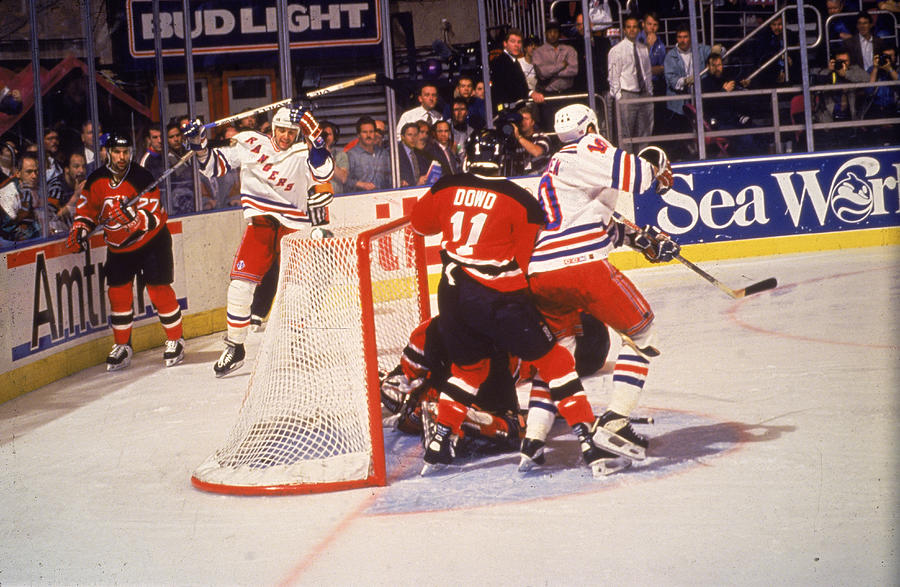 Canadian ice hockey player Stephane Matteau of the New York Rangers (with stick raised above his head) scores the winning goal during the second overtime period of the 7th game of the Stanley Cup sermi-finals, allowing the Rangers to defeat the New Jersey Devils and advance to the finals, New York, New York, May 27, 1994. (Photo by Bruce Bennett/Getty Images)