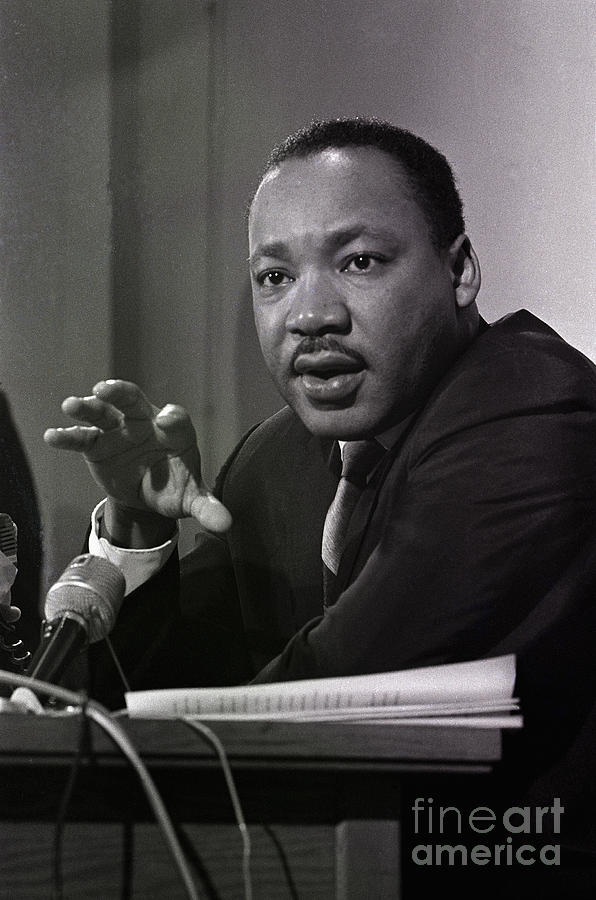 During a news conference, Dr. Martin Luther King, Jr. states that he will lead a civil rights march to the Georgia State Capitol on January 14, 1966 to support African American State Representative-elect Julian Bond's efforts to regain his seat in the House. Bond was rejected as a House member on January 10, 1966, as a consequence of his endorsement of a statement condemning US action in Vietnam.