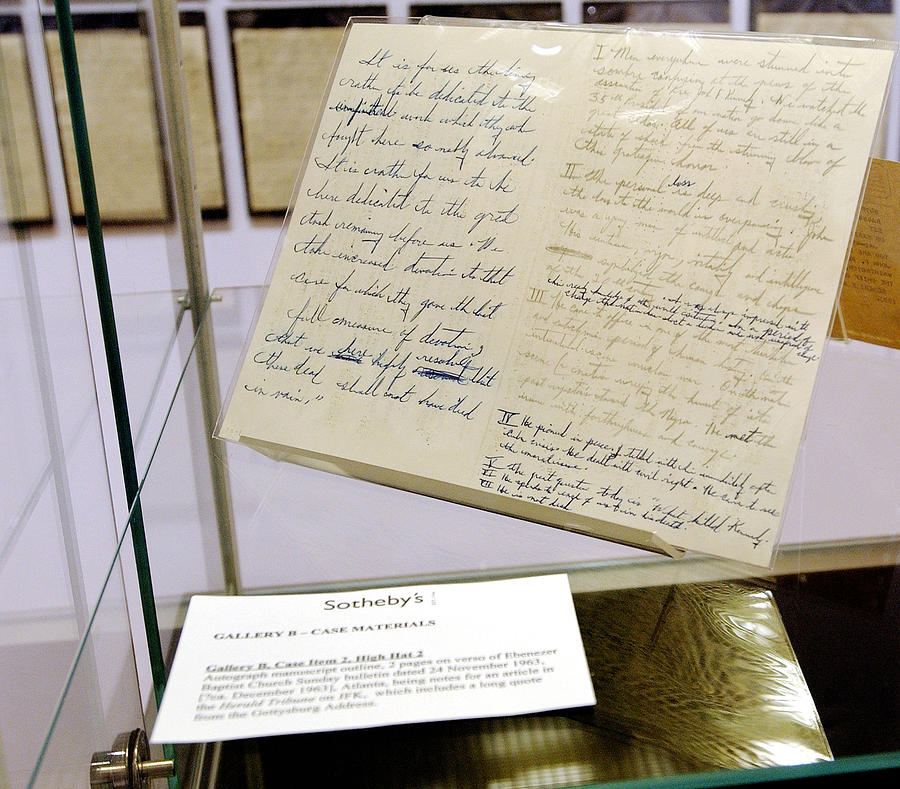 NEW YORK - AUGUST 28: Handwritten notes by Dr. Martin Luther King about the assassination of President John F. Kennedy in 1963 are on display August 28, 2003 at Sotheby's in New York City. The notes are part of an extensive collection of over 7,000 original documents from Dr. King's most active years, available for public viewing at Sotheby's through September 8. August 28th is the 40th anniversary of The "I Have A Dream Speech" King deliverd in Washington, DC. (Photo by Stephen Chernin/Getty Images)