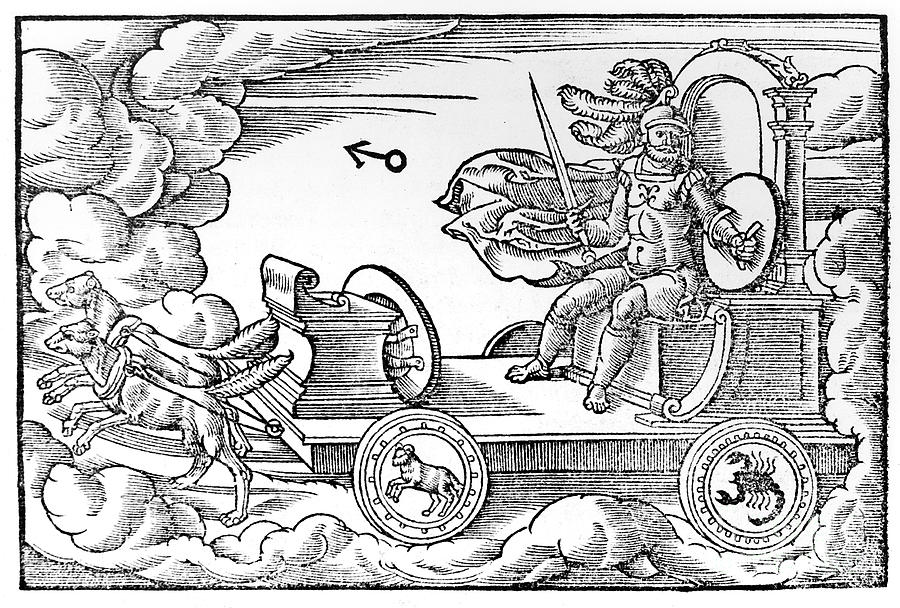 Mars, Roman god of war, 1569. Mars (Greek Ares) riding in his chariot pulled by dogs (the dogs of war). Mars was regarded as a male planet, hot and fiery. Those born under Mars have a choleric temperament. The planet's metal is iron, its season Summer, its day Tuesday and its night Saturday. It has two houses, Aries and Scorpio, whose emblems are on the wheels of the chariot. From Phaenomena et Prognostica by Aratus. (Cologne, 1569). (Photo by Oxford Science Archive/Print Collector/Getty Images)