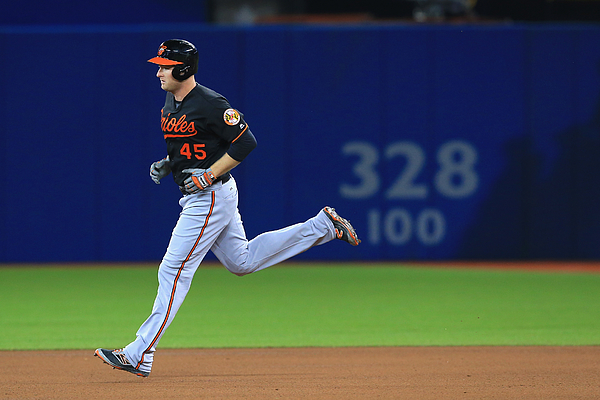 TORONTO, ON - OCTOBER 04: Mark Trumbo #45 of the Baltimore Orioles runs the bases after hitting a two-run home run in the fourth inning against the Toronto Blue Jays during the American League Wild Card game at Rogers Centre on October 4, 2016 in Toronto, Canada. (Photo by Vaughn Ridley/Getty Images)