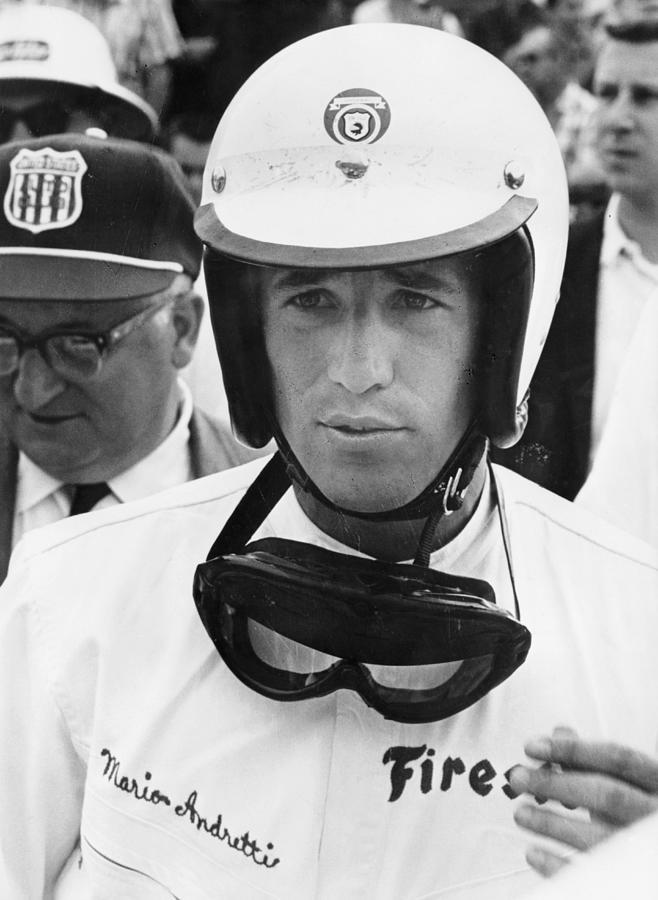 Mario Andretti. In 1969 he won the Indy 500. He was a Daytona 500 winner, Sebring winner, 2-time USAC (United States Auto Club) champion and 4-time Indianapolis 500 competitor, as well as a Formula One driver. In 1971 in South Africa, driving for the first time with Ferrari, he won his first race in F1. In 1978 he won the World Championship with Lotus. (Photo by National Motor Museum/Heritage Images/Getty Images)