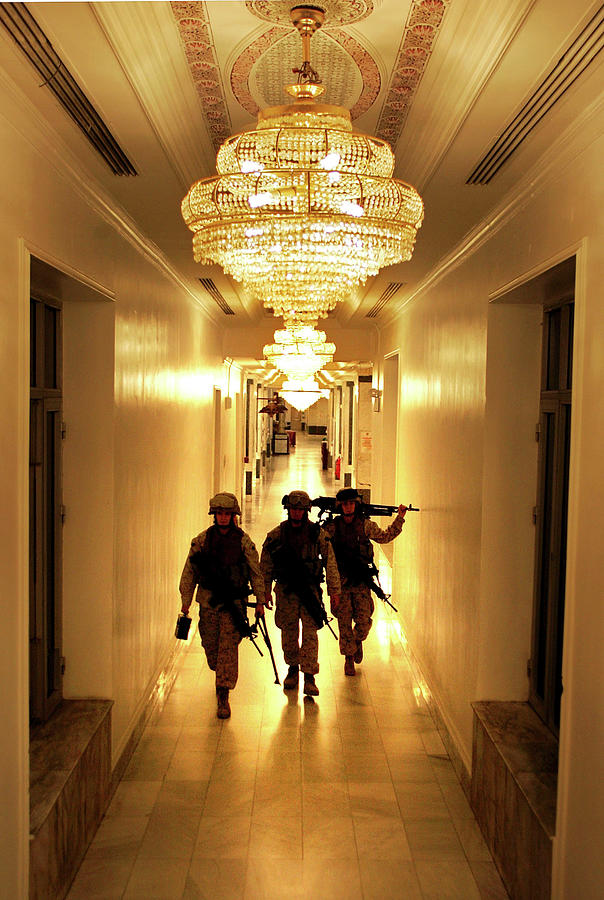 BAGHDAD, IRAQ - FEBRUARY 06: Members of the U.S. Marine Security Force walk through the halls of the U.S. Embassy February 6, 2007 in Baghdad, Iraq . The platoon of Marines from the Anti-Terrorism Battalion is tasked with defending the exterior of U.S. diplomatic mission against attacks in one of the most dangerous cities in the world. The United States has used the former palace of Saddam Hussein as it's embassy since shortly after the invasion in 2003. A new embassy is currently under construction. (Photo by John Moore/Getty Images)