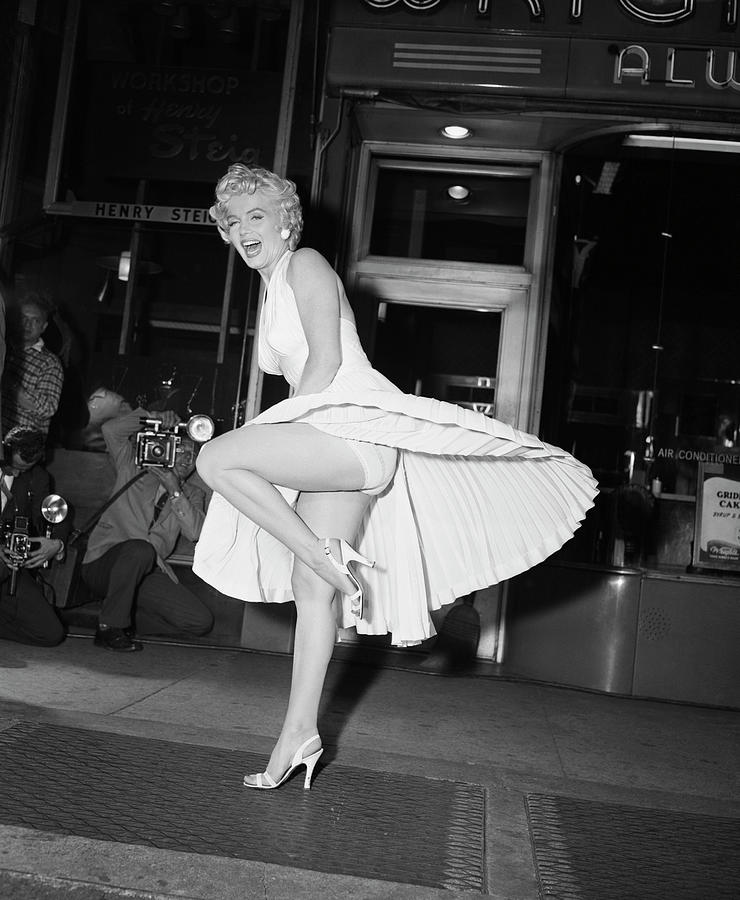 Film star Marilyn Monroe poses over a Manhattan subway grate as the wind blows her white dress up. Photographers capture the moment on camera, which takes place on September 16, 1954, during the filming of Seven Year Itch. Reportedly, Monroe's husband Joe DiMaggio was displeased at the attention his wife received from the crowds.