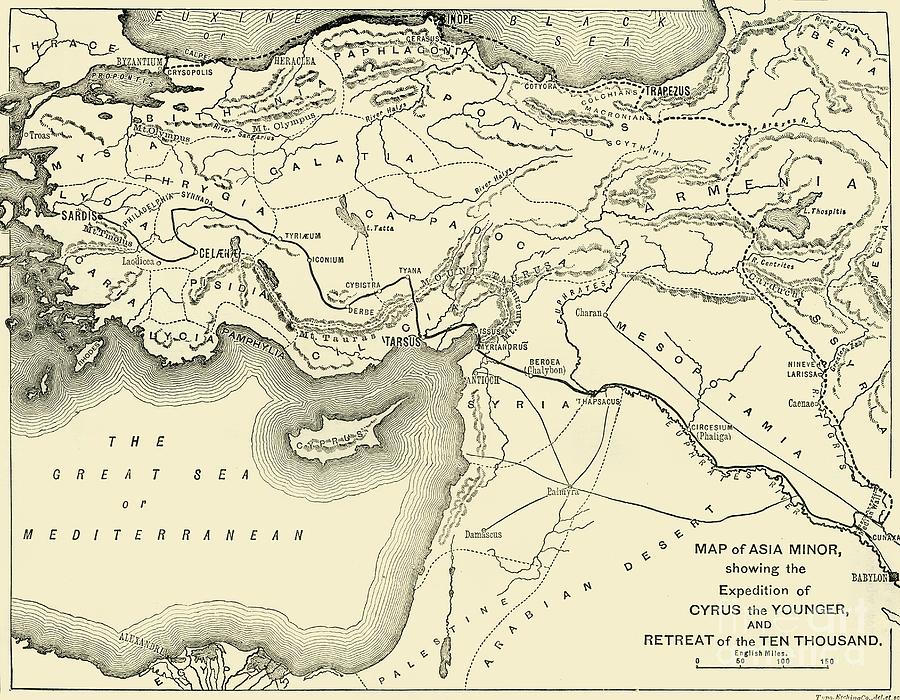 Map of Asia Minor, showing the Expedition of Cyrus the Younger, and Retreat of the Ten Thousand', 1890. The Ten Thousand were a mainly Greek mercenary force, employed by Cyrus the Younger to take the throne of the Persian Empire from his brother, Artaxerxes II. They marched to the Battle of Cunaxa and back to Greece (401-399 BC). From "Cassell's Illustrated Universal History, Vol. I - Early and Greek History", by Edmund Ollier. [Cassell and Company, Limited, London, Paris and Melbourne, 1890]. Artist Unknown. (Photo by The Print Collector/Heritage Images via Getty Images)