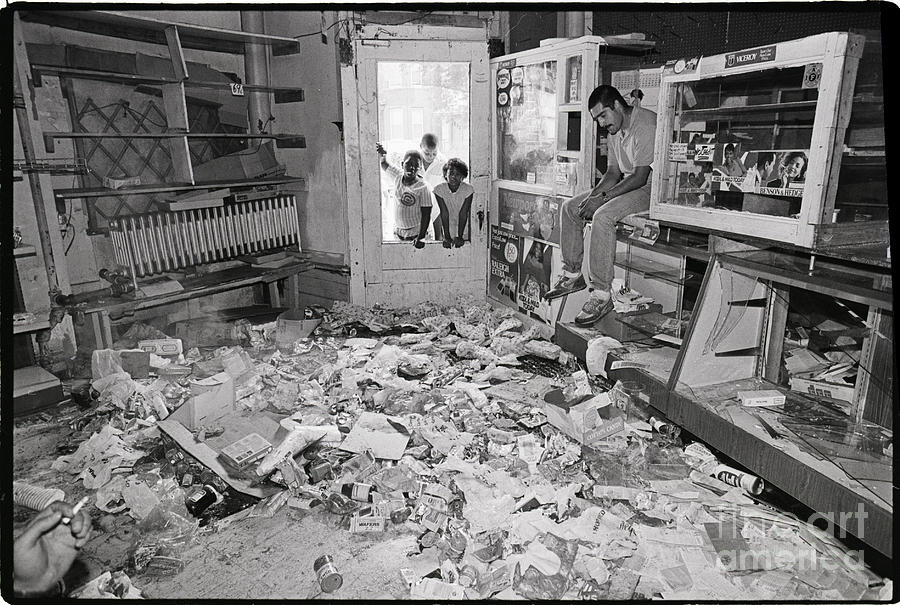 (Original Caption) 7/29/1990-Chicago, IL- Martin Martinez, owner of a small neighborhood grocery, surveys the damage to his store, which was looted and cleaned out late 7/28 when the lights went out on Chicago's west side. About 40,000 customers in a sixty-block area were affected when a Commonwealth Edison power station transmitter blew up. Police reported over 40 arrests of looters in the area.