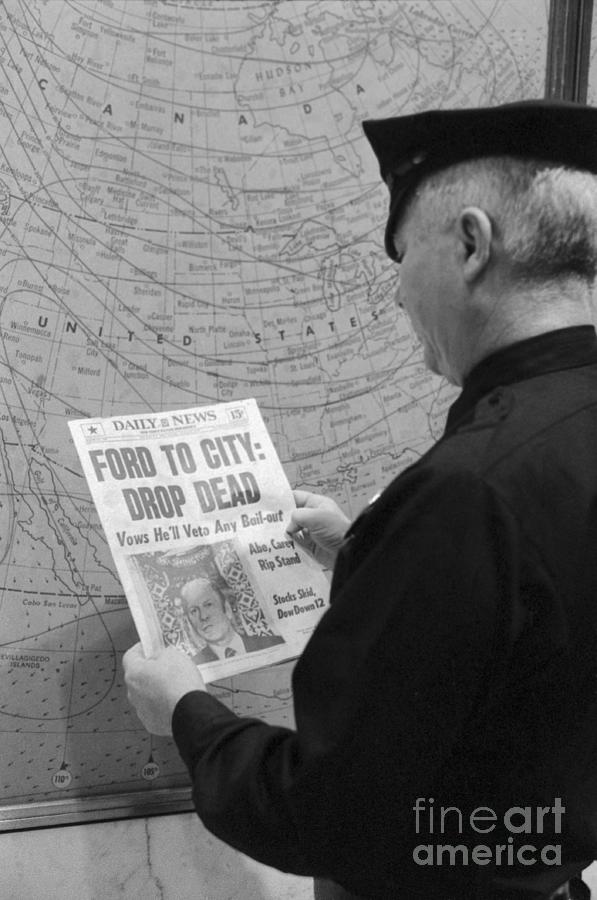 (Original Caption) Gene Corey, a News Building guard, reads paper's headline late 10/29. In an editorial, the nation's largest circulation daily newspaper charged that President Gerald Ford's speech in which he said he would veto any federal bailout of New York City was a "stab in the back".