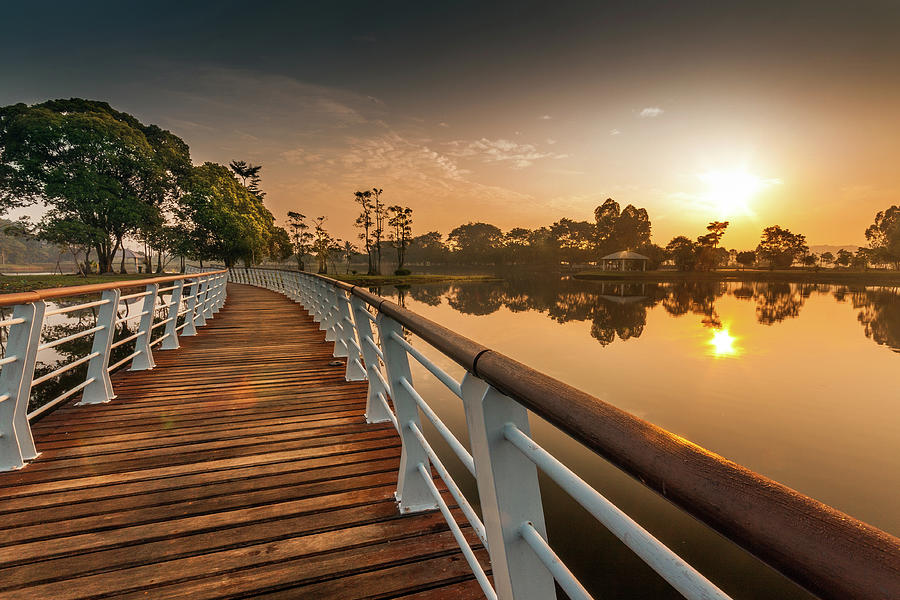 putrajaya is a planned city, located south of Kuala Lumpur, that serves as the federal administrative centre of Malaysia. The seat of government was shifted in 1999 from Kuala Lumpur due to the overcrowding and congestion there. Nevertheless, Kuala Lumpur remains as Malaysia's national capital as well as the country's commercial and financial centre. Putrajaya was the brainchild of former Prime Minister Tun Dr Mahathir Mohammad who was in power then. In 2001, Putrajaya was made a Federal Territory, increasing the number of federal territories to three. Kuala Lumpur and Labuan are the other two.Named after the first Malaysian Prime Minister, Tunku Abdul Rahman Putra the city is situated within the Multimedia Super Corridor, beside the also newly developed Cyberjaya. The development started in 1995 and today major landmarks are completed and the population is expected to grow in the relatively new city.