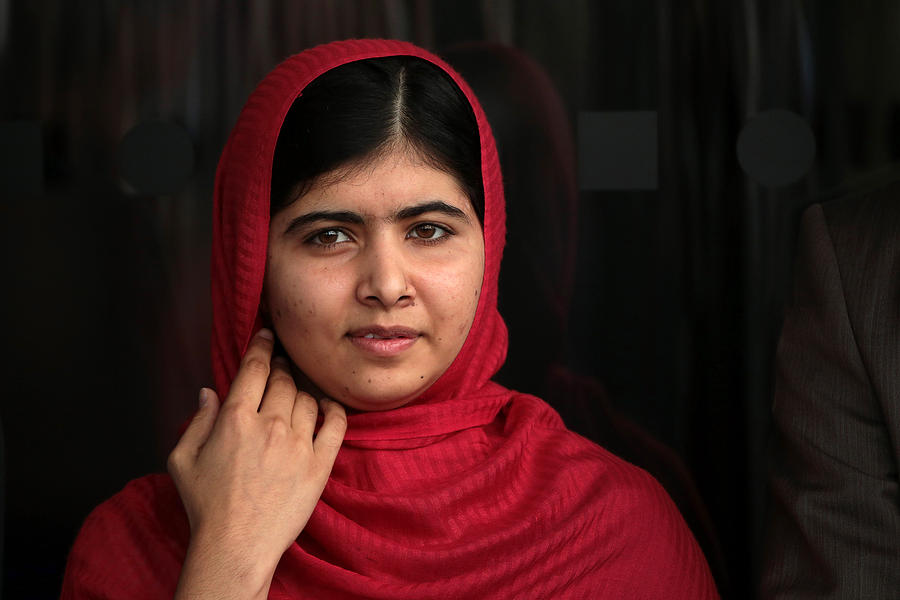 BIRMINGHAM, ENGLAND - SEPTEMBER 03: Malala Yousafzai opens the new Library of Birmingham at Centenary Square on September 3, 2013 in Birmingham, England. The new futuristic building was officially opened by 16-year-old Malala Yousafzai who was attacked by Taliban gunmen on her school bus near her former home in Pakistan in October 2012. The new building was designed by architect Francine Hoube and has cost 189 million GBP. The modern exterior of interlacing rings reflects the canals and tunnels of Birmingham. The library's ten floors will house the city's internationally significant collections of archives, photography and rare books as well as it's lending library. (Photo by Christopher Furlong/Getty Images)