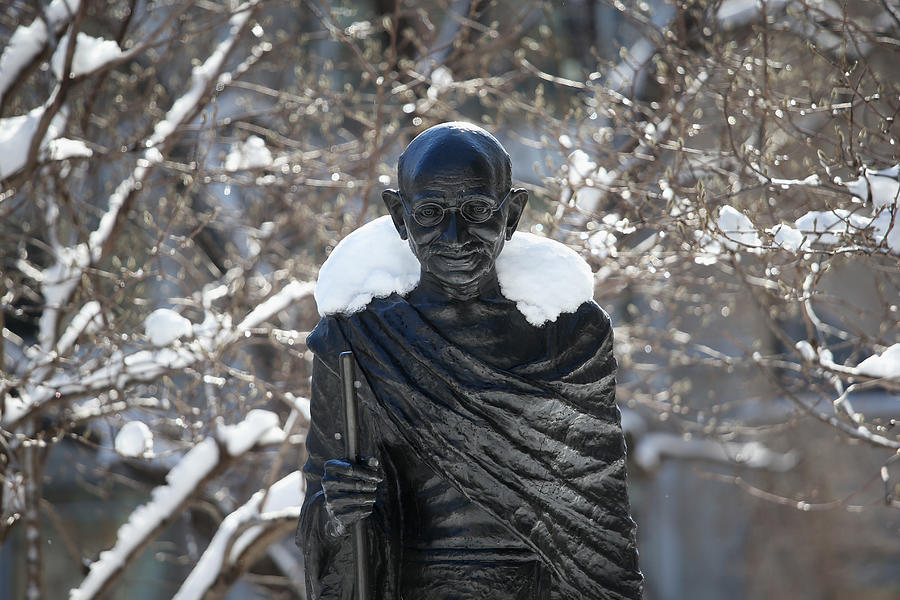 NEW YORK, NY - FEBRUARY 09: Snow blankets the shoulders of a statue of Mahatma Gandhi in Union Sqaure on February 9, 2013 in New York City. Much of the city received almost a foot of snow, as New York was spared the worst of the massive snow storm that hit the U.S. Northeast. (Photo by John Moore/Getty Images)