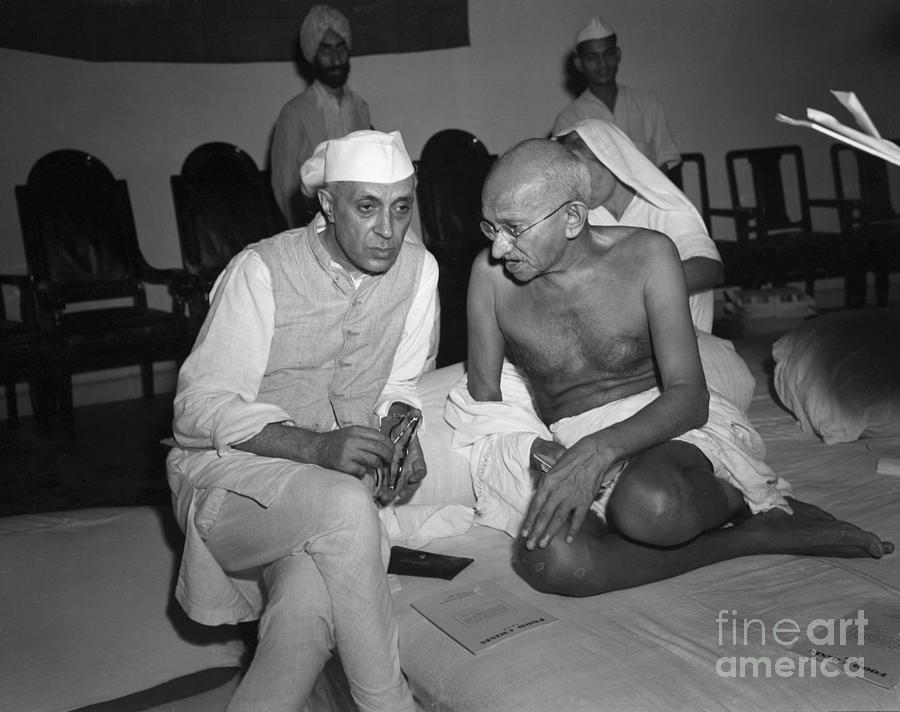 (Original Caption) 1946-Bombay, India: The architect of India's independence from Great Britain, Mahatma Gandhi (right) talks to his eventual successor, Rashtrapati Jawaharlal Nehru in 1946. Gandhi's name has become synonymous with non-violent opposition and political leverage, and his struggle in india has served as a model for political struggles around the world. BPA2 #2839