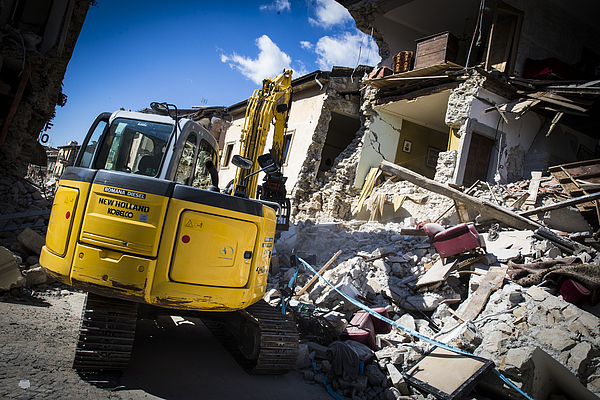 A destroyed building in Amatrice, Italy, on August 24, 2016. Central Italy was struck by a powerful, 6.2-magnitude earthquake in the early hours, which has killed at least thirty seven people and devastated dozens of mountain villages. Numerous buildings have collapsed in communities close to the epicenter of the quake near the town of Norcia in the region of Umbria, witnesses have told Italian media, with an increase in the death toll highly likely. (Photo by Manuel Romano/NurPhoto via Getty Images)