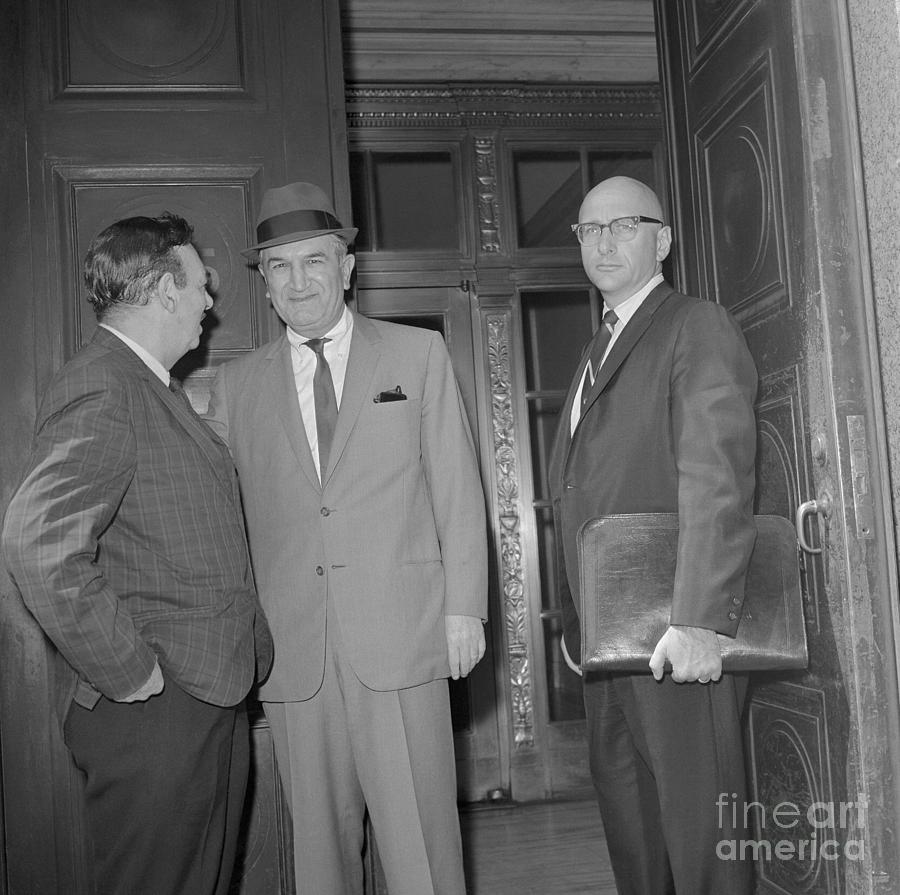 (Original Caption) The long-missing Mafia leader Joseph (Joe Bananas) Bonanno, (C), pauses to talk to UPI reporter Robert Evans on the steps of federal courthouse here as he arrives to surrender to federal authorities. Bonanno is accompanied by his attorney, Albert J. Krieger, (R). His appearance ended a worldwide manhunt that began 19 months ago when he was reportedly kidnaped at gunpoint on the evening of his scheduled appearance before a rackets grand jury.