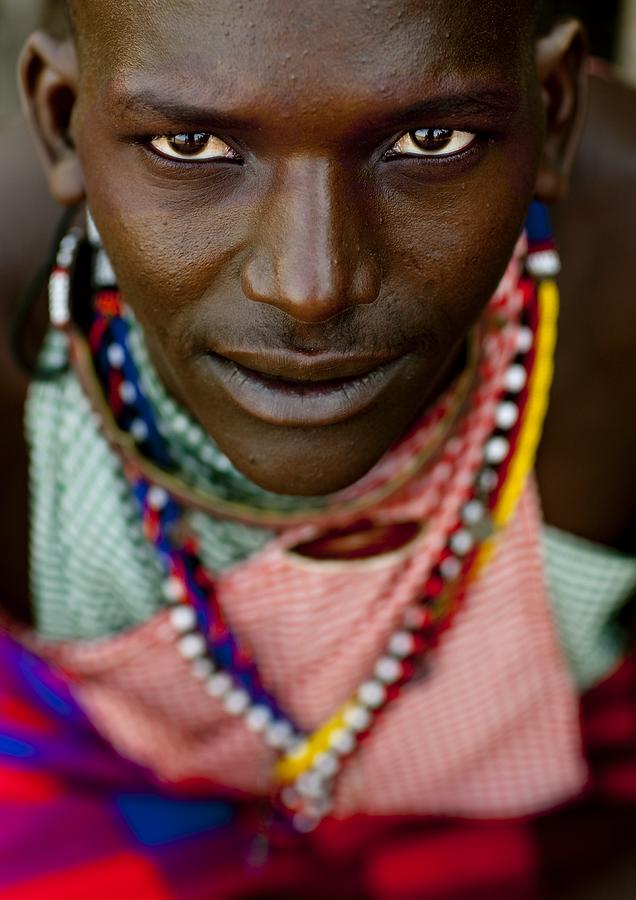 Maasai Man In Nkama Village In Kenya On

Maasai Man In Nkama Village In Kenya On

KENYA - JULY 08: Maasai man in Nkama village in Kenya on July 08, 2009 - The Maasai only live on the Tanzania Kenya border, along the Great Rift Valley on semi arid and arid lands. They have been deported from their best traditional grazing lands, that are now protected areas. The Maasai have the reputation of fierce warriors. But they are traditionally semi nomadic, and live off their cattle almost exclusively. The Maasai are known to be cattle raiders. The livestock is a sign of wealth and is used to pay bridewealth for the wedding. Women are worth 10 cows. They construct the huts, collect firewood, bring water, milk the herds of cattle and cook for the family. Young boys look after the beasts while the warriors protect the clan. Older men take care of the daily operations in the community. The Maasai live in families in a Manyatta, composed of 10 to 20 huts. A man who has several wifes is rich because each one must have her own house. Women wear beaded necklaces and bangles, and men a red checked shuka (blanket). Maasai's diet includes meat, cow blood 2 times a week, and a lot of milk. The cows are bled by opening a vein in the neck with a blunt arrow or knife. They believe in one God, Ngai (meaning One Creator God), the creator and giver of all things. They also believe in witchcraft: they have prophets and diviners. There is an age system for men, divided in sets and spaced apart by about fifteen years. Excision, as well as circumcision, is an initiatory ceremony that marks the passage to adulthood. Although excisions are prohibited in Kenya, it is widespread throughout the country. The promotion of warriors to elderhood involve two distinct ceremonies: the eunoto and the olghesher ceremonies. (Photo by Eric LAFFORGUE/Gamma-Rapho via Getty Images)