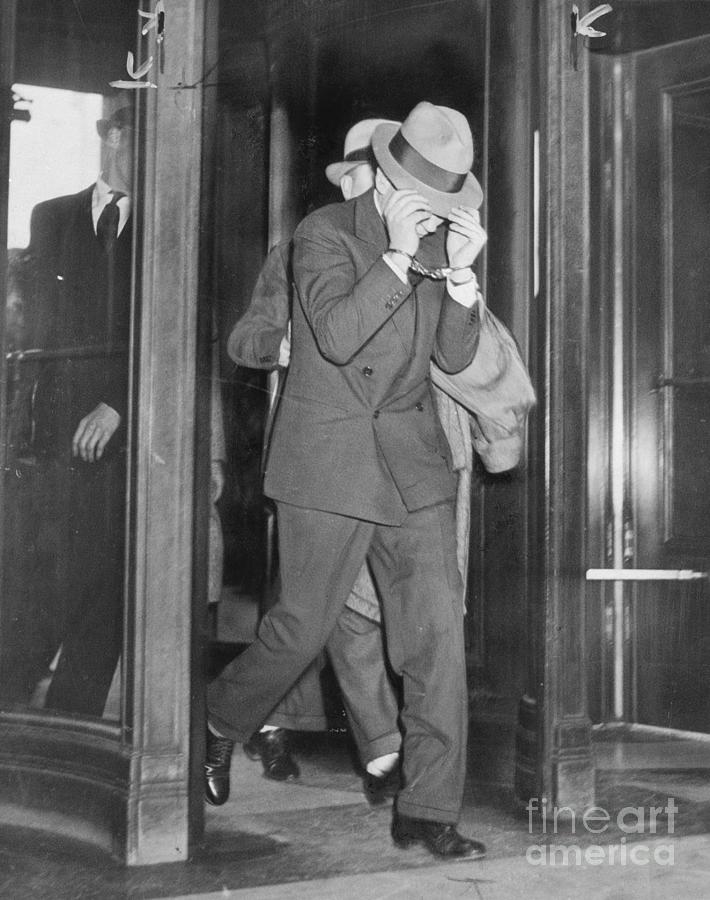 (Original Caption) Charles (Lucky) Luciano, his hands in chains, as he ran the gauntlet on entering the Supreme Court building in New York for his trial as the alleged czar of New York's $12,000,000 a year vice racket. In one respect the trial is the most important in the history of racket cases. For the first time a Big Shot is being tried for the specific crime instead of income tax evasion.