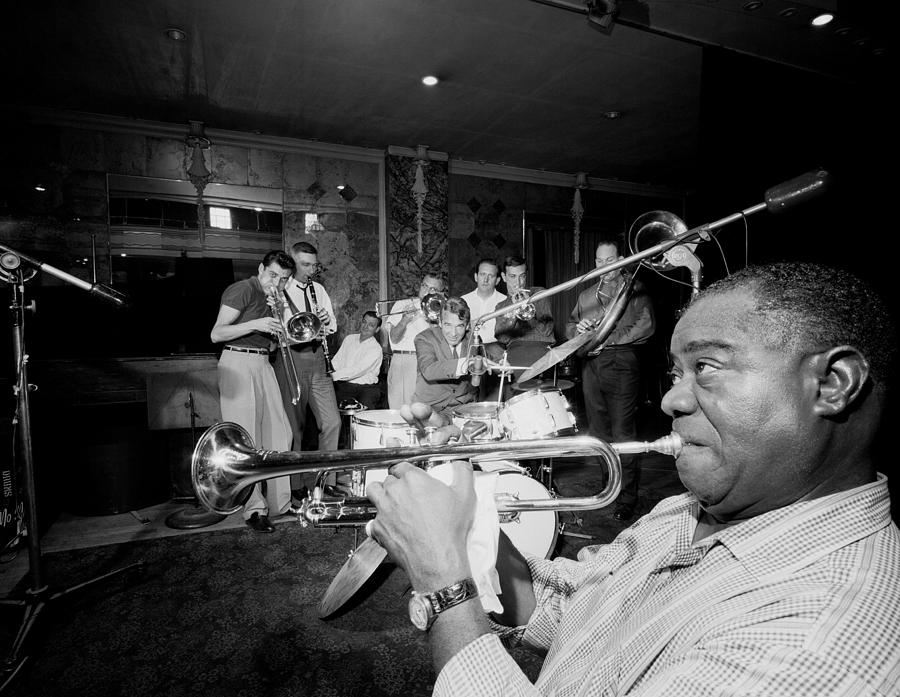 UNITED STATES - CIRCA 1920: Louis Armstrong (r.), who reshaped jazz in the 1920s and was still picking up new fans into the 1960s with his renditions of pop songs such as \'Hello, Dolly\' and \'Mack the Knife,\' plays the trumpet at a rehearsal for a recording date in early 1960 with the Dukes of Dixieland. Trumpeter Frank Assunto (background, 2nd from right) and his brother Fred (far l.) put that band together in the late 1940s to help revive the earliest form of traditional jazz, born in their native New Orleans. That\'s another jazz legend, Gene Krupa, sitting at the drums; the Assuntos\' father, Pap Jac, is the trombonist behind Krupa. The others in the band are (left to right) Jerry Fuller, on clarinet; Stanley Mendelson, at the piano; Owen Mahoney, the bands\' regular drummer; and Richard Matteson, handling bass. (Photo by NY Daily News Archive via Getty Images)