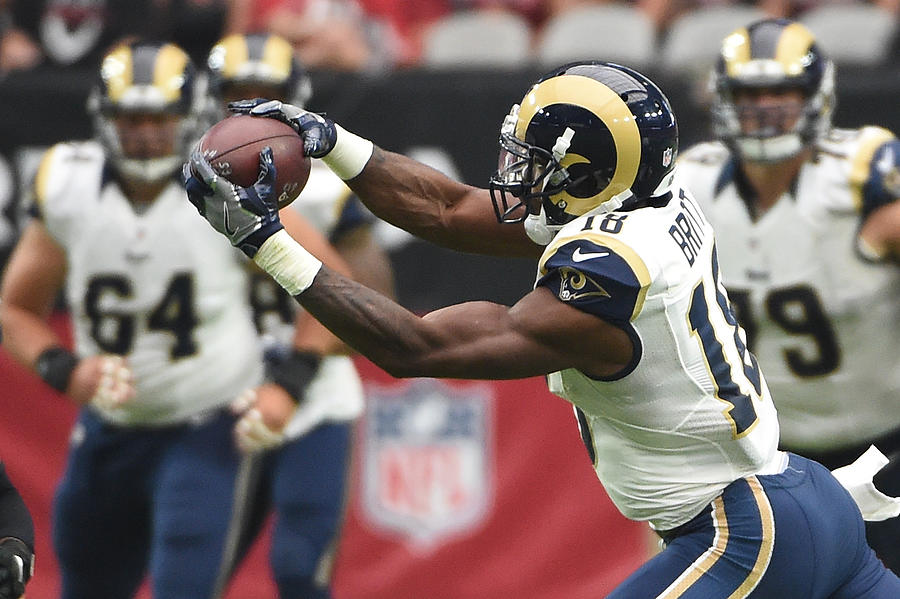 GLENDALE, AZ - OCTOBER 02: Wide receiver Kenny Britt #18 of the Los Angeles Rams makes a catch against the Arizona Cardinals during the second half of the NFL game at University of Phoenix Stadium on October 2, 2016 in Glendale, Arizona. (Photo by Norm Hall/Getty Images)