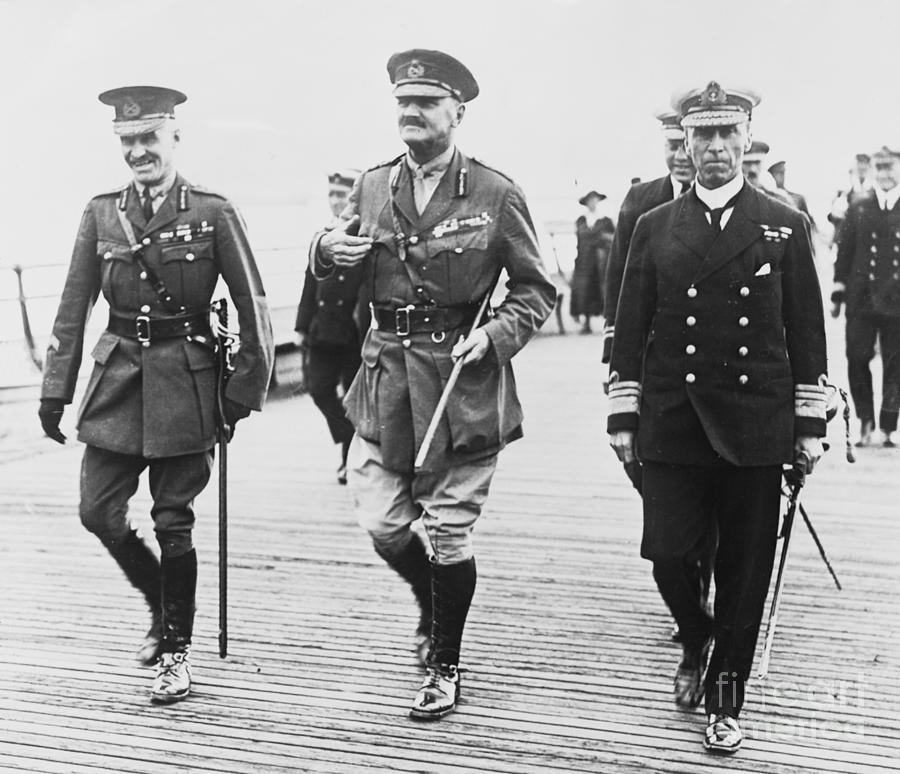 (Original Caption) 9/30/1919- England: Redeemer of Holy Lands welcomed to England. Lord Allenby in center photographed on his arrival in England from Palestine. Photo made at Dover shows him with General Horne (on left) and Admiral Dampier (on right) who welcomed him home officially. General Allenby commanded the British forces who captured Jerusalem from the Turks. For his services he was created a peer by King George.